Lake Zurich is formed by the Linth river, which rises in the glaciers of the Glarus Alps and was diverted by the Escher canal (completed in 1811) into Lake Walen, from where its waters are carried to the east end of Lake Zurich by means of the Linth canal (completed in 1816). The waters of the Lake of Zurich flow out of the lake at its north-west end, passing through the city of Zurich; the outflow is then called the Limmat. 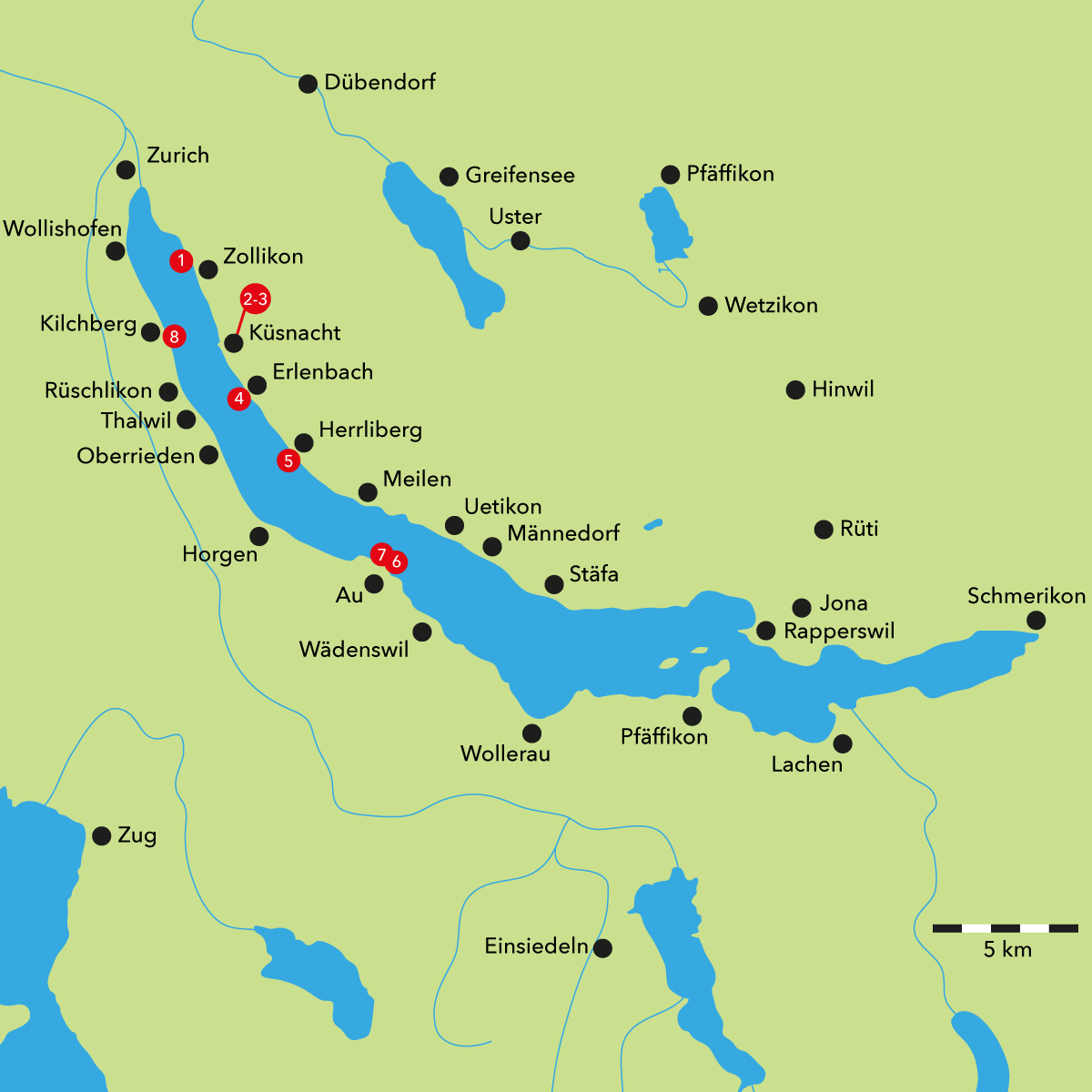 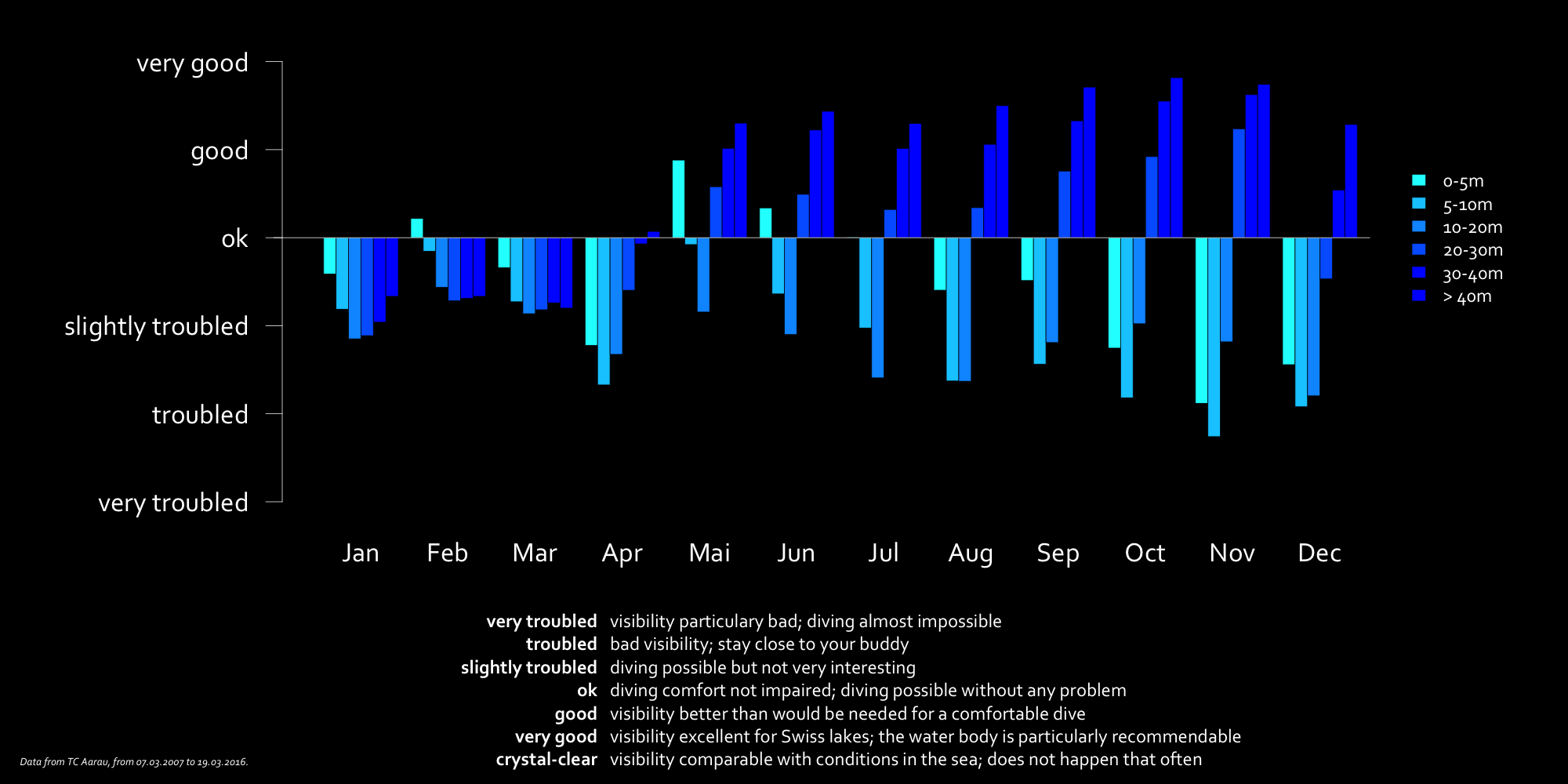 Temperatures in the depth are measured in Lake Zurich once a month at its deepest point, off the shore of Thalwil. Note that these measures are carried out in the middle of the lake in open water. The conditions there can significantly differ from the temperature layering at the dive sites. The thermocline in summer close to the shore can for instance be several meters shallower or deeper than in the middle of the lake. However, this should do the job for a general impression of the temperature profile. 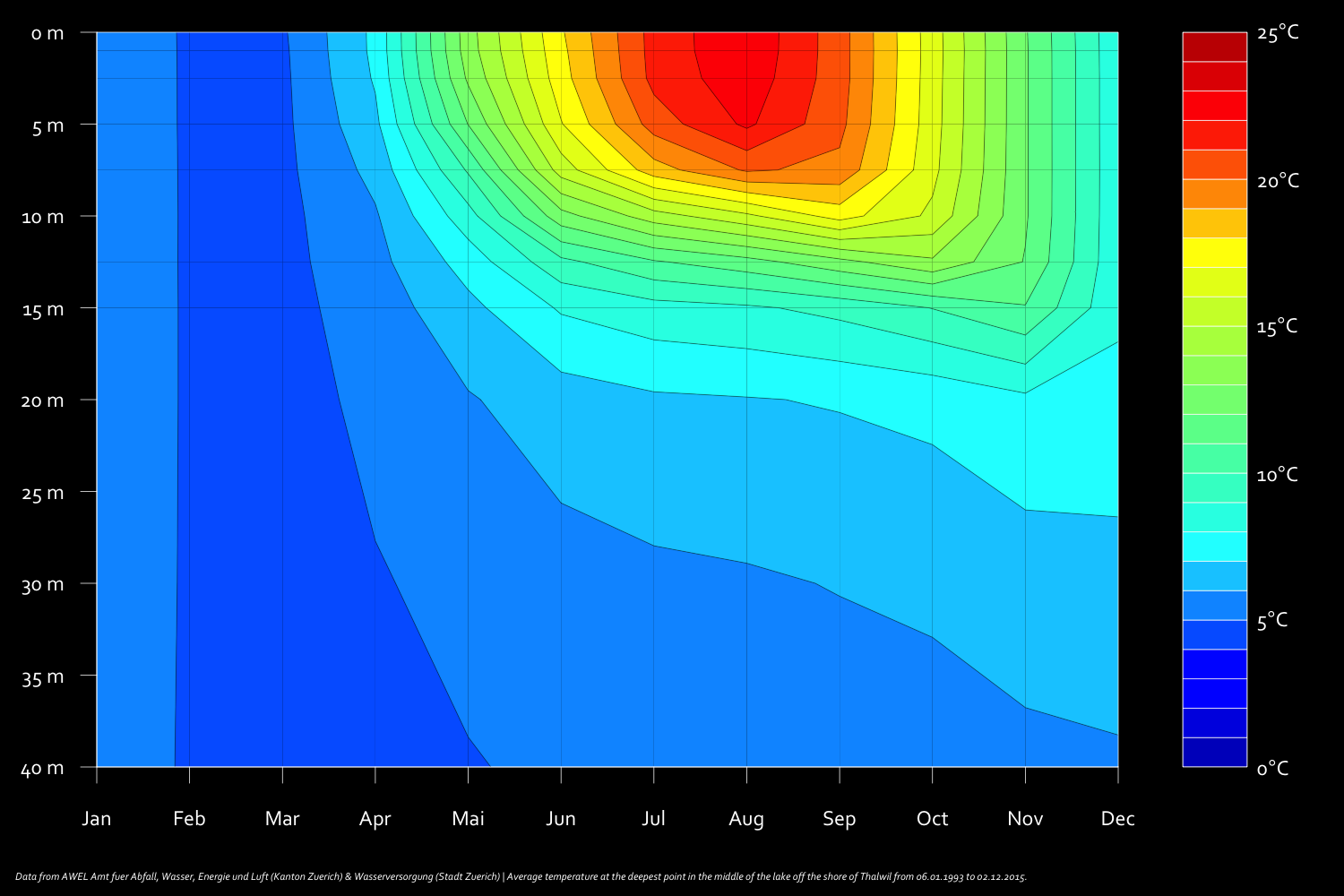