A "dummy" picture is provided whenever the "real" picture is missing. Just waiting for a fish to pose in front of the camera... 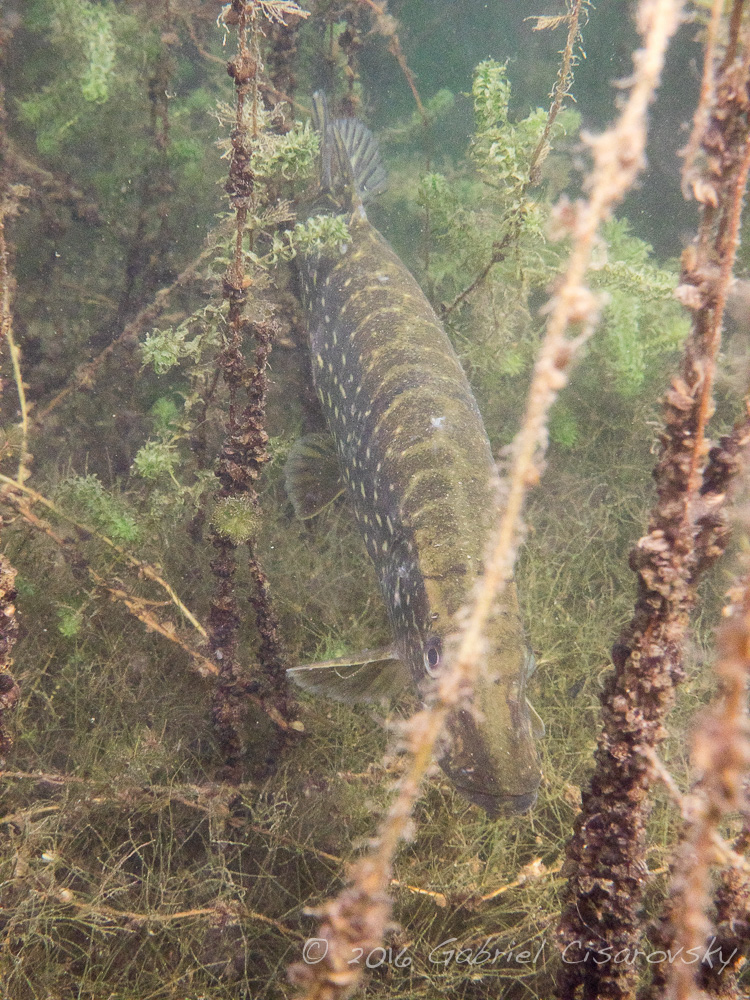 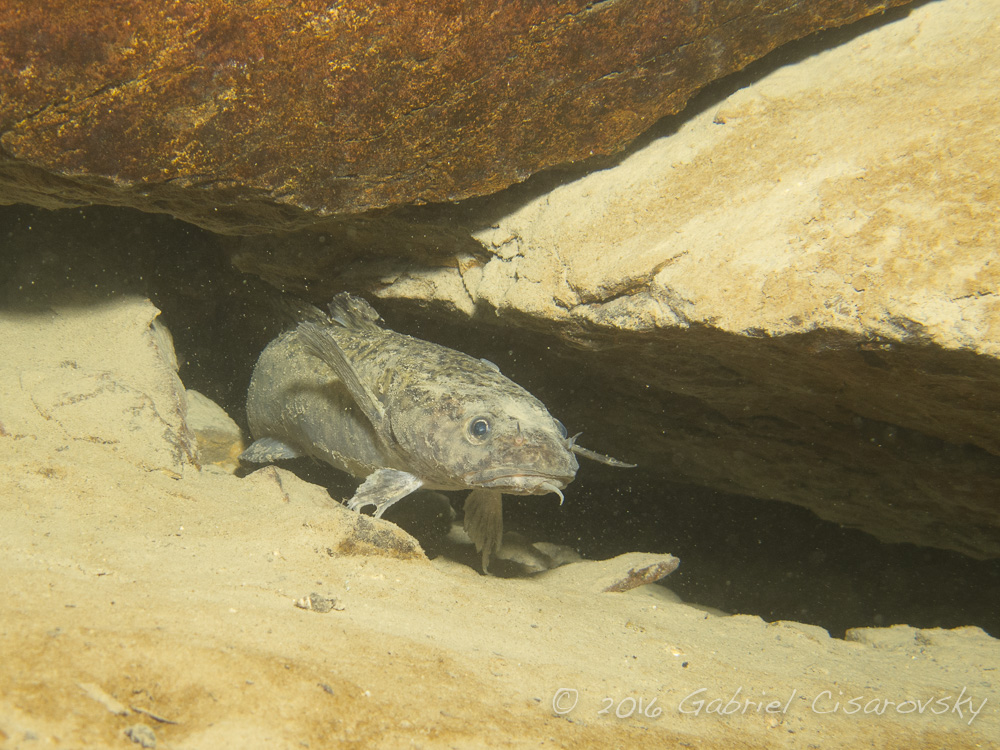 Biology: Solitary, stagnant waters or with slow current, loose bottoms. Not very picky regarding oxygen content or water quality. Food: Fishes, amphibians, water birds, mammals. A nocturnal predator, feeding near bottom and in water column. Very sensitive to extra-aquatic sounds. Head sensory canal system allows to track the wakes (a trail of hydrodynamic and chemical signatures left by a swimming fish) of prey up to 10 seconds old over distances up to 55 times the length of the prey. Reproduction: May to July, in couples. Eggs spawned into small cavities burried in the ground or nests in the vegetation. The male guards the spawn. Extinction risk: CH: Near threatened; Europe: Least concern; Global: Least concern.

Biology: They hatch in the West Atlantic and migrate for 3 years at the larval stage (leptocephalus larva) towards the European coasts. They transform into glass eels and swim up the streams, before developing into the pigmented, growth phase: the yellow eel. They live for 5-10 years in lakes or relatively warm rivers with weak current. After this stage, they transform into the marine-migratory silver eel (characterised by silvery counter-shading and large eyes), stop feeding and return to the Sargasso Sea to reproduce. The adults are assumed to die after spawning. Food: Invertebrates, fishes. Extinction risk: CH: Vulnerable; Europe: Critically endangered; Global: Critically endangered. 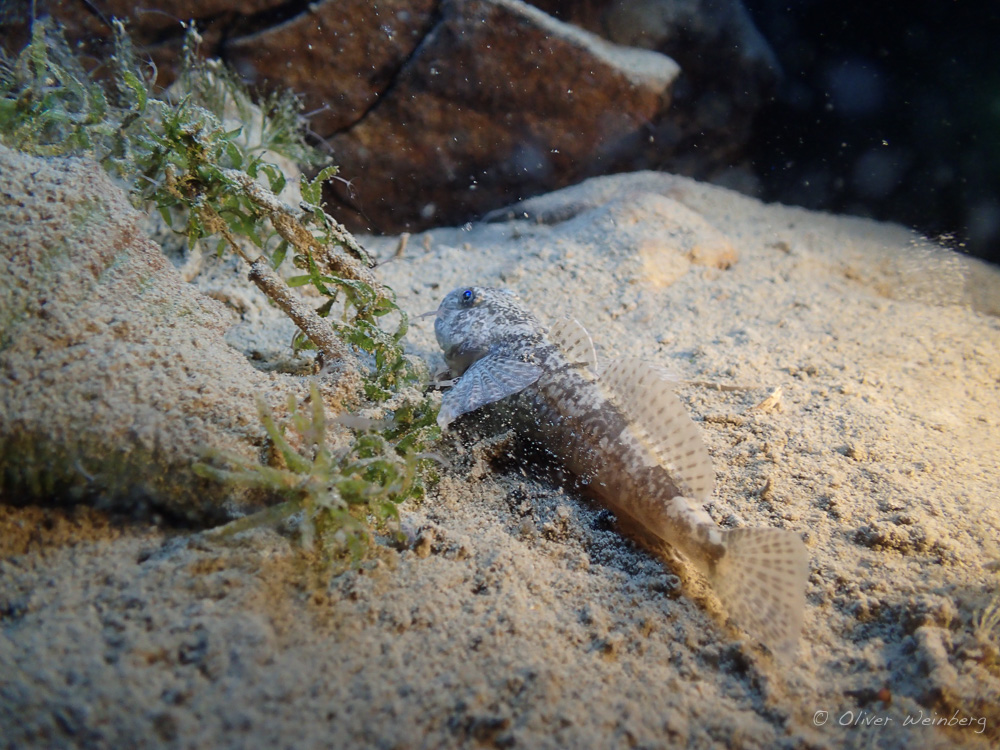 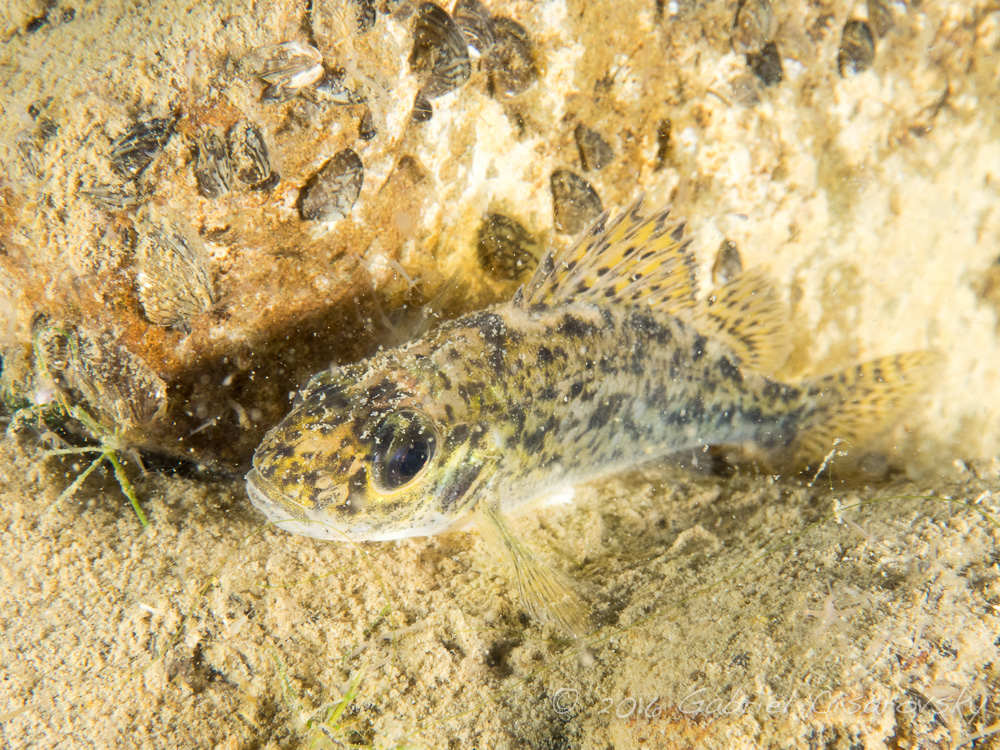 Biology: In big shoals on the grounds of stagnant waters or with slow current. Can co-exist in deep lakes with Perca fluviatilis. Both species partly occur at different depths, with Gymnocephalus cernua being more abundant in deeper layers. Food: Small crustaceans, worms, other invertebrates. Reproduction: March to May, in shallow water. The eggs are laid in ribbons or clumps on rocks. Extinction risk: CH: Least concern; Europe: Least concern; Global: Least concern. 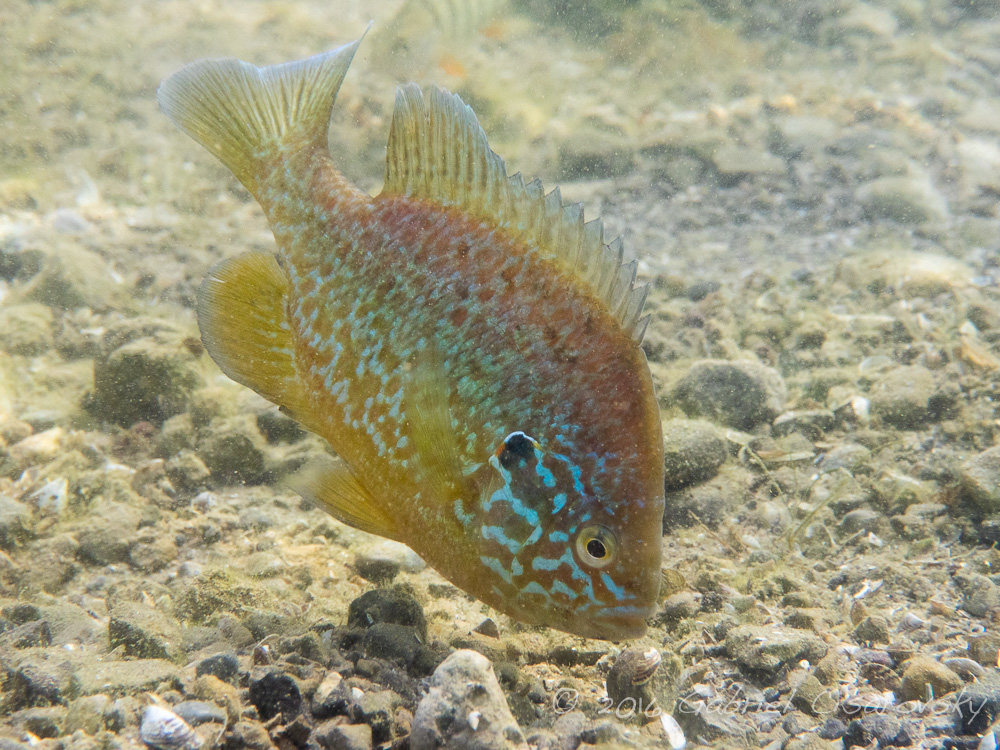 Biology: The shape of the body (high back and laterally compressed) is ideal for slow-flowing or standing water with dense vegetation. The preferred habitat is standing water with good sun exposure, high density of vegetation, and a sandy bottom. However, the fish are found in a wide variety of water bodies in Europe. Found natively in the Atlantic Slope drainages (Central and eastern North America), it was first imported (probably introduced as an ornamental fish for garden ponds and aquariums, since it is of little commercial value but brightly coloured) and introduced into the wild in 1877 in Europe. It is on the list of invasive species in Switzerland; not all suitable water bodies are colonized yet. Food: Diet consists mainly of small benthic organisms including insect larvae but also some fish and amphibian larvae. Reproduction: In May and June territorial males build a nest in shallow water in the form of a shallow cavity on the bottom. Besides these territorial males, there are others, which sneak into the nest or imitate females and release their sperm onto freshly laid eggs. The territorial males guard the eggs and the small fish, and will even attack bigger fish. Extinction risk: CH: Invasive species in Switzerland; Europe: IUCN assessement not available; Global: Least concern.